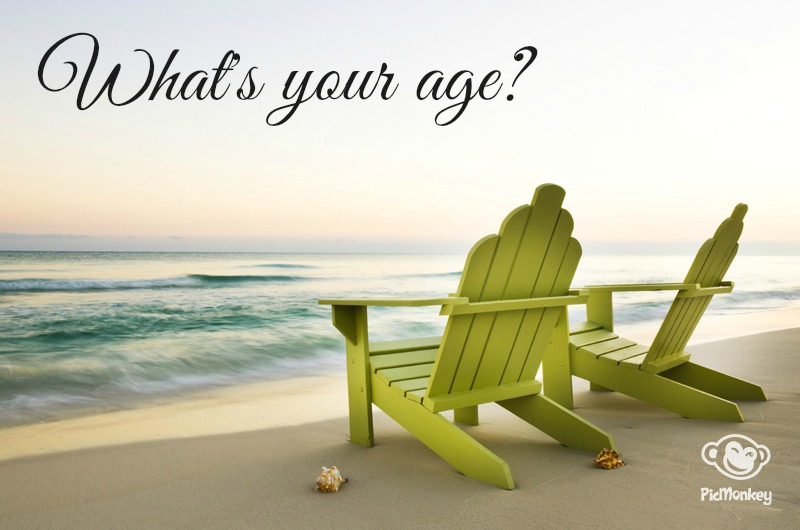 Age matters, but not your age – just your kids’ age. It’s something I’ve only recently realized, and my children are age 8 and 5.

Sitting at a kids’ birthday party a couple weeks back, all the moms suddenly began to share how old they were. No surprise – I was the oldest. Older than some by more than a decade. Ouch.

I started to check out of the conversation, thinking that I wouldn’t have that much in common with these young moms.

If life is nothing but a series of stages and phases, then guess what: The 21-year-old and the 31-year-old who each just had a baby have just been thrown into the exact same stage.

I’m not saying these two fictitious women can’t keep their existing friendships. I’m saying the 21-year-old and 31-year-old NEED each other in their tribe.

So why even talk about our age anymore?

I swear the next time I’m at a party and the table starts talking about ages, I’m going to chime in that I’m “8 and 5.” That tells the table a whole lot more about my life than answering that I’m 38.

If a mom at that table had told me she’s “5, 3 and 6 months, still nursing” I would have instantly known:

Of course, there’s all sorts of other factors that make you relatable – but as a mom, I’m not sure any is as powerful as the age of our children. It’s what dictates how we spend our evenings and weekends and if we shower daily.

Pssst…moms of children under 2, you are not supposed to shower daily. If you are, kudos to you, but if you find you’re a-okay with dried spit-up in your hair on day 2 – let me tell you…totally normal.

So cut yourself some slack if you’re 35 with a toddler and don’t feel as put-together as your friend who’s 35 and has kids in elementary school. You’re NOT the same age.