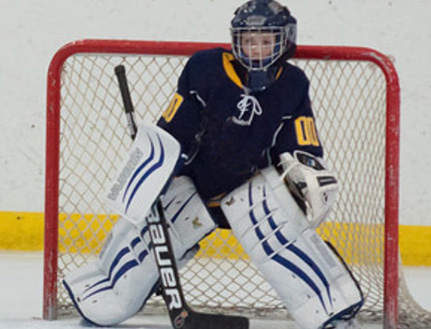 What is it about youth sports that turns normal, caring parents into snarling, blood-thirsty beasts?

I don’t do well with drama – it totally drains me. That said, I also don’t do well with keeping my mouth shut when something needs to be addressed (positive or negative). That trait definitely invites drama, and so I am systematically cutting out areas of my life where drama likes to hang out.

Easy enough…except my son is an all-seasons athlete, and there “ain’t no drama party like a youth sports drama party.”

I struggled mightily with how to address the Youth Sports Snarl in a blog…do I share my awful experiences? Or do I try to keep it all positive and focused on solutions?

Here’s a confession for you: This is the first blog I’ve rewritten multiple times. And I still don’t have the answer. I’ve tried to strike a balance…we’ll see if I’ve achieved that.

And he was so excited for his first-ever big hockey tournament in February 2017. He’s spent the last three years in Club hockey and is very proud of his hard work earning him a spot on the Travel Team. He even gets to play goalie for them – his favorite position.

We had three guaranteed games.

During the second game…I showed my own Youth Sports Snarl because the other team’s coach was changing lines before each face-off, significantly slowing down the game. The ref was letting them do it, even though my understanding of the tourney rules was that the changes had to be “on the fly.”

Did I mention we were also down in the game when this was taking place?

I told my husband I was going to go talk to the tournament director to understand if this was legal or not. To which he told me to sit down and cheer for our son.

Why did my husband have to tell me to cheer for our own son?

That’s all any of us should be doing. Not worrying about the ref’s abilities or the tournament rules – just worrying about our own child giving it their ALL during the game and growing as a tiny human.

I felt embarrassed at his correction, but still somehow justified because a lot of the parents on our team were asking the same thing. And we were talking loudly enough that I’m sure the other team (since in hockey we’re sitting right next to each other) could hear the conversations and accusations.

Ugh. As I type that out…and own that behavior…I’m so embarrassed. I am literally cringing as I admit what took place.

Their kids were WINNING because their kids were playing better than our kids. They EARNED that. And there I was on the bench taking that away from them with my catty comments.

And guess what – they weren’t breaking any rules. Totally legal and a good strategy for slowing down the pace of the game when you’re up. It’s no different than a running back in football making sure he goes down in-bounds to take more time off the clock.

Then it was my turn to experience the Youth Sports Snarl.

As we sat down for game three, all the parents were nice to each other. We were helping direct toddlers back to moms, joking about my daughter covering her ears because I was yelling too loud, etc.

It felt good. Our players had rebounded from the loss and seemed super motivated to give this game their all. It was fun to watch!

The demeanor changed faster than you could flip a switch. Parents stopped making eye contact with each other. And words directed towards our players started being yelled, and vice versa.

We won the game. The nastiness continued and carried over into the next day when we faced each other for the tournament semifinals.

It went as expected.

He agreed and pulled me into a half-hug, and the smell of alcohol hit me like a truck. I like a beer as much as the next person, but alcohol and youth sports do…not…go…together.

I knew in that moment, that I needed to sit down and stay focused on my own kid and not get sucked into any more conversations between parents.

Good thing I did. Because the game ended in a TIE GAME after a scorekeeper error* was corrected.

But the game was over.

The other team, not knowing the coaching/scorekeeping conversation, was understandably celebrating that they made it into the Championship Game. Our team was confused and for my part, I focused on telling my son and his teammates how proud of them I was for their effort.

Fast forward…tournament director lets us know a semifinal cannot end in a tie, and the only fair thing they think can happen is to have a 6-minute tiebreaker game just before the Championship Game, with the winner going to the Championship.

We found this out after we’d all left the rink. And the other team’s parents apparently went nuts.

When we returned to watch another team in our league play their semifinal game, the parents made it known how they felt about us – one mom yelled (ahem, from the rink bar area) “How dare you walk in here with your heads held high!”

I get it. Their poor kids thought they were in the Championship Game. My heart was breaking for them, but it was clear any empathy expressed would not be appreciated. The gloves were off, and they were in full Youth Sports Snarl.

Amazingly, my son had no problem walking up to some of the other team’s players in the arcade area saying that they’d done a really good job, and they replied along the lines of “yeah, but we didn’t win – we just tied you guys.”

We won the tiebreaker fair and square, 2-0. And we went on to get squarely defeated in the championship game. But just being in that game was our win.

Had I only focused on our kids’ play…it would have been an AMAZING weekend.

But there’s all this other crap going on in youth sports and it sucks. I’m not innocent – as evident in the second game we played – but I want to END IT – at least for me.

I’ve sought a lot of advice from moms with more youth sports experience than me, and everyone seems to agree that it’s a primal reaction. But…we have lots of primal reactions we’re able to control on a day-to-day basis, and I have to believe the Youth Sports Snarl is no different.

We have a big (BIG) tournament coming up this weekend…and here’s what I plan to do to avoid my own Youth Sports Snarl:

As a born people-pleaser, I am hyper aware of when people’s negativity is directed at me/our team and I always feel a need to fix it.

But I know the youth sports snarl isn’t something I can fix for all of youth sports. I can only fix my own, and believe that in time…others will decide to fix theirs as well. Because youth sports shouldn’t turn normal, caring parents into snarling, blood-thirsty beasts.

Author’s Note: The hockey weekend experience I shared, sadly, wasn’t even the worst experience. That honor is reserved for a summer sport where the hostility carried through two seasons and into a fall. The Youth Sport Snarl is everywhere, and it’ll only go away one parent, one team at a time.

*Scorekeeper Error: Here’s what happened…The ref had called a penalty on an opposing player and was blowing her whistle. The kid did not stop. He continued and shot the puck in the goal before being told to get off the ice by the ref. The ref focused on the kid, and the scorekeeper added it to the other team’s score, making the final score 8-7 in favor of our opponents.

When the scorekeeper’s score didn’t match our coaches score – they asked the ref to come over and help clarify if that one goal had counted. She simply said no, that it should not have counted, and the scorekeeper ended up amending the scorecard. 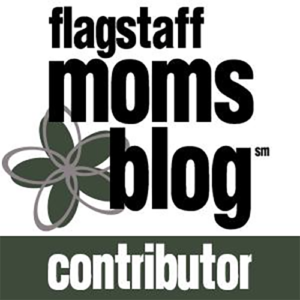